Four years ago, I, along with 1.8 million other people, descended upon Washington D.C. for the first inauguration of President Barack Obama. To say there was excitement in the air, in the world, would be an understatement. Here was the first African American President of the United States, someone who brought a new platform and new perspective, not to mention “Hope” and “Change,” to a country that was looking for something new. Walking through the streets of D.C., you could not miss the countless people beaming and bristling, ready for what’s to come.

Fast forward four years, to a world that has seen much happen. This time, close to one million gathered in a more somber nation’s capital. Gone were the ten official inaugural balls and elaborate festivities of 2009, but in the air excitement, perhaps a little more tempered, still remained. This inauguration marked another moment in history, one that I was honored to be part of.

Some inauguration highlights include:

Kicking off the festivities with OUR TIME, a non-profit that leverages the power of young voters to promote better representation of millennials in American society. Performers, including Common, John Legend, and T-Pain, took to the stage alongside members of Congress, who spoke about the importance of voting.

Setting eyes on The Beast. Intimidating, impenetrable and just so, so cool, I loved seeing this thing head to the swearing in ceremony and then make its way back to the White House. Not to mention seeing those certain people inside, waving to the thousands of elated citizens. 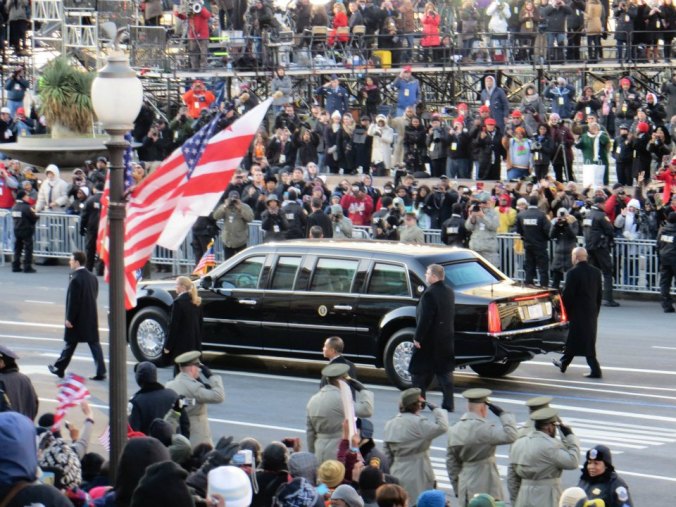 Attending the Inaugural Ball at the Washington Convention Center. I’m not going to lie, three weeks ago I thought, oh, it’s for the best that I won’t get to attend the Inaugural Ball. It will probably be crowded and congested and too packed to have a good time. Well…somehow, all worked out well and I got to attend what ended up being an amazing event. Seeing the president and first lady dance, in addition to the countless other great performances, immediately goes up there as one of those moments you feel honored to witness. 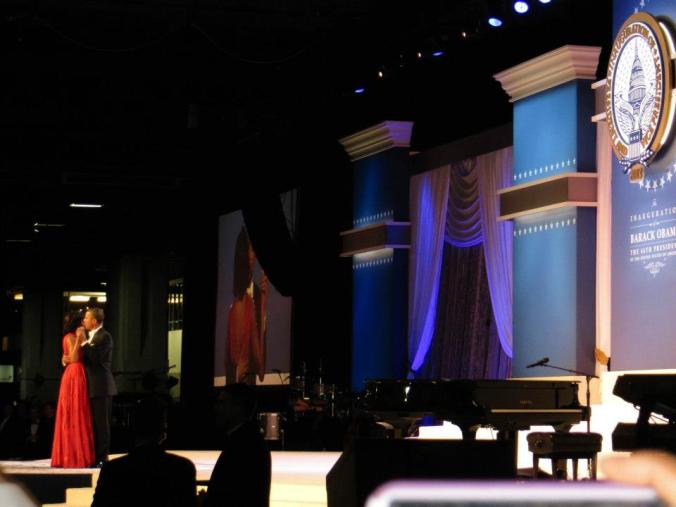 Now that the festivities have ended and the crowds have dissipated, I know the president has a long way to go. The last four years saw many challenges, and I know these next four years could just as well bring the same. I can only hope that those who are privileged enough to have the power to make decisions look at four more years as more opportunities to do what is right.

And on that note, I leave you with my inauguration mashup, which showcases my attempts to capture just how energetic these historic moments can be.